The stacking of loose stones without using mortar is the oldest form of stone constructions. Drystone walls are used to overcome the difficulties that vegetation causes. These can, for example, be found in Cinque Terre in Liguria (Italy), in Binareix, Deia and Sollerin Mallorca (Balearic Islands),  in Douro Valley (Porto, Portugal), Dogon (Mali, West Africa), Tournon and Condrieu (on the banks of the Rhine). Some walls in these sites have already been classified by UNESCO as “entirely created by a human hand in order to tame the environment under unfavorable natural conditions.”

On the island of Cres, the largest in  Adriatic, the stone walls dominate the landscape. The farmers tamed their environment by turning stone to arable land for the cultivation of olivetrees and vines. The variety and amount of artefacts in the limestone that support and surround the crops are unknown to most people.

I asked myself why we need a website about the stone walls of Cres. The answer is as simple as the question asked.

The author Christian Catomeris defines the subject as matter of revealing “a hidden treasure”.

These works in stone are testimony to significant changes in the landscape that have been going on for centuries, if not millennia.

48% of the area of 1288 hectares near the city center (see map under the heading Terrace), is covered with these stone artefacts. About 5 million tons of material has been removed only in this area.

The walls form part of a cultured landscape and illustrate the interaction between man and environment as such. It represents a heritage of humanity and should be included in the UNESCO World Heritage List.

On the 28th of November 2018, the dry walls of Cres were put on the UNESCO list of intangible elements as they represent “a harmonious relation between man and nature”. Hence the walls are now part of the World Heritage. 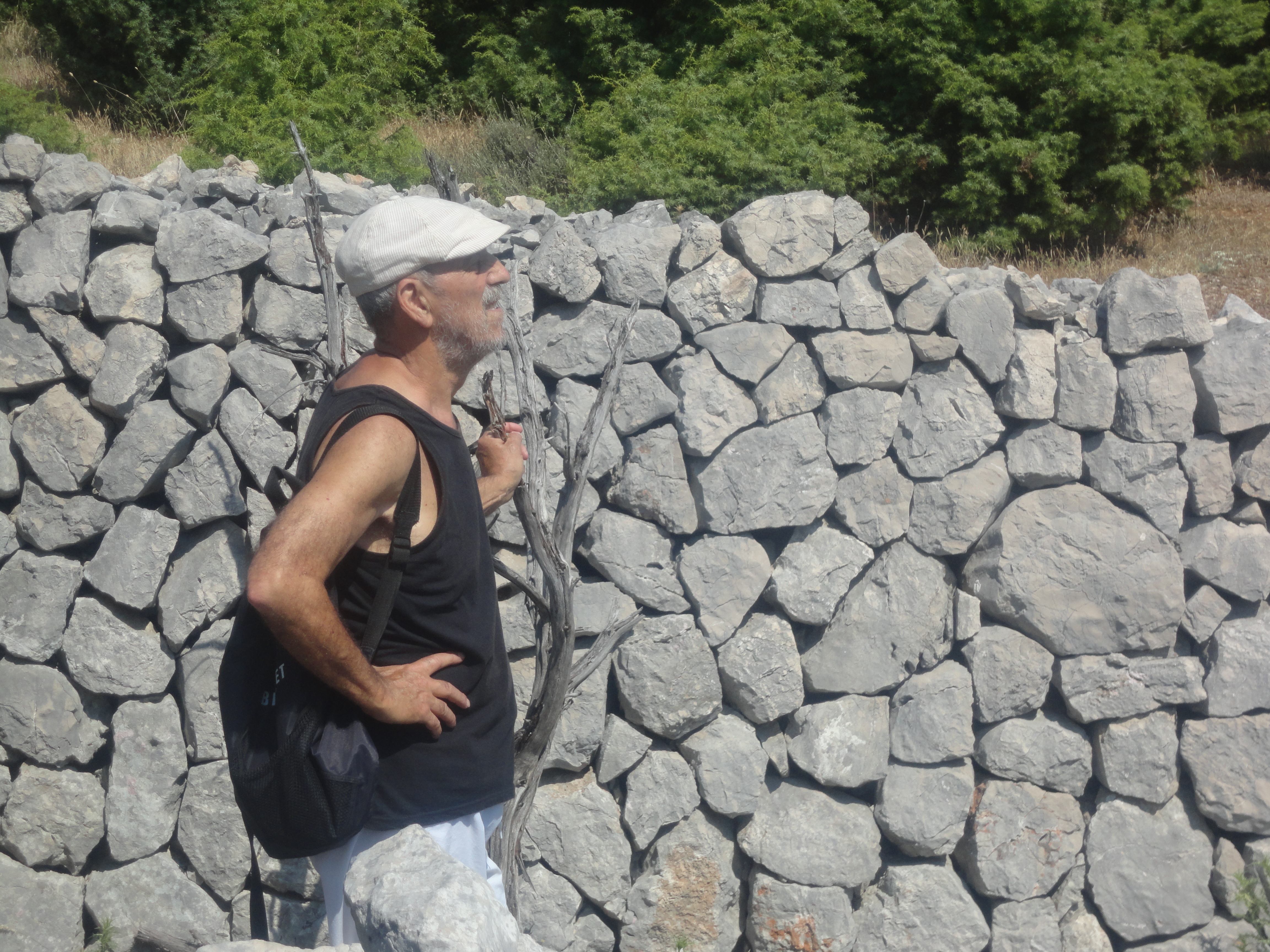